Mike Billington’s daughter in discussion with her specialist, a Dr Francois Daubenton, mentioned that her father owned a Triumph Spitfire. The doctor told her that he had owned a Triumph TR3A, since 1973, and which had been stored on axle stands for the past 27 years. In her enthusiasm Mike’s daughter told Dr Daubenton that he should not worry as her father would fix his car and get it back on the road. Mike became a co-owner with Dr Daubenton,  in return for his restoring the car.   It is a very original and unmolested TR3A, with some 118,000 recorded miles. It seems that shortly after the Daubentons moved to Cape Town in 1985, the petrol pump had stopped working and, although he had plans to refurbish the car, pressures of building a practice and raising a family resulted in its remaining in his garage until Mike came to remove it.

The car appeared to have left the line in 1960, but was probably first registered in 1961. It was assembled by Motor Assemblies in Durban, bears the local job number STR 981;  commission number TS32033 and engine number TS 13480E.

Francois Daubenton;  then a medical student living in Johannesburg, bought the car in 173 from the second owner.  With original membership number 18, Dr Daubenton would have been in the very first group of members of the then TR register of South Africa.  The engine was rebuilt around 1974/5 when the car had done 98,000 miles but  they used the car for only a few years, before locating  with the car to Pietemaritzburg for his internship. The car stood on axle stands in Johannesburg from 1976 to 1984 when Francois and his wife returned to Johannesburg. The long standing TR  did not cover much distance before they relocated to Cape Town in 1985;  with the car being put on axle stands where it remained for 27 years.

Mike has been able to clean , flush and start the engine which is running sweetly. The Body remained on the chassis during the restoration,now underway for several years, while the body has been repainted and the interior trimmed in leather. 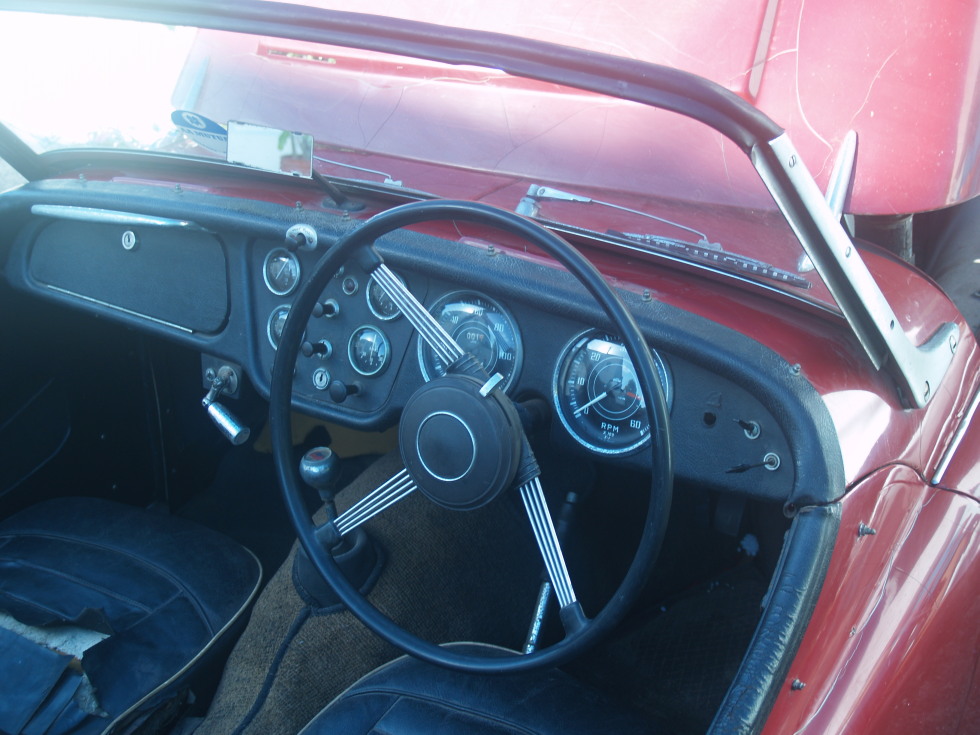 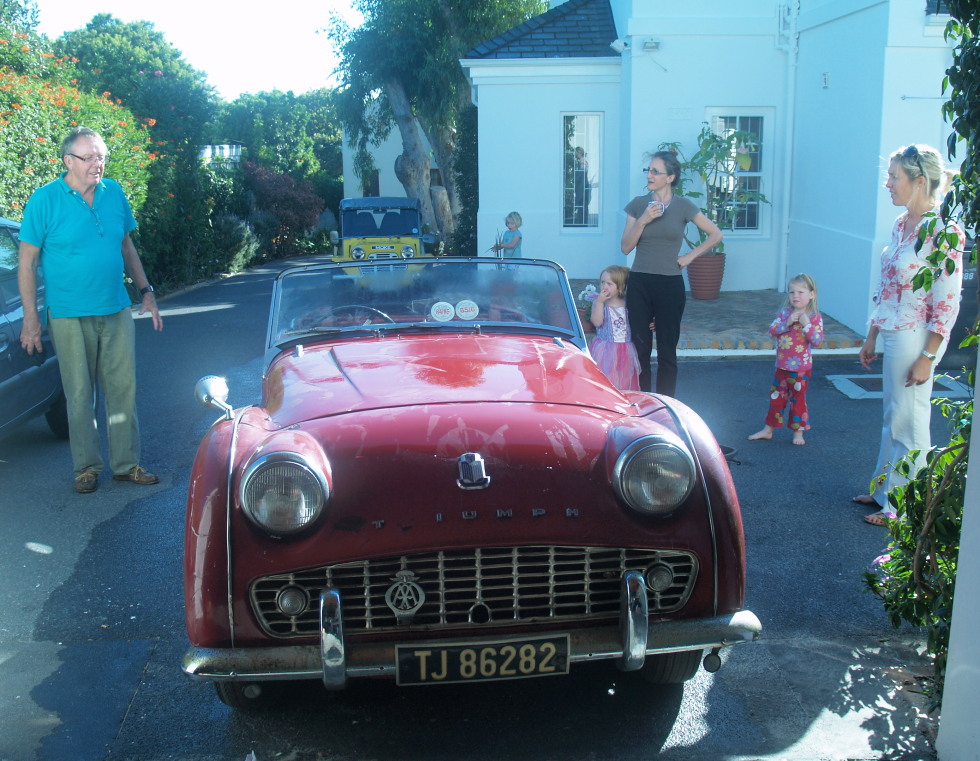