This is a an F type Devin; in reality is a glass fibre bodied, 1957- TR3. The original car was owned and raced in Cape Town until 1960 when it was somewhat bent in an accident. The owner imported a glass fibre Devin body shell from the United States and in 1961 commissioned Meissner Motors in Cape Town to mate it to the TR3 chassis and drivetrain. Those of us with long memories will well remember Meissner Motors for their participation in motor sport, their hot modification of Ford products, and, last but not least, their involvement in the creation of the Dart and Flamingo cars of that era. As far as can be ascertained by myself and a previous owner of the car, this is the only example of an F type Devin in South Africa, and, possibly, the only example of a right hand drive model worldwide. The existence of the car became known to the Club and I went to look at the car and found that the asking price was a bit hefty as the car was in a pretty sad looking state, coupled with the fact that the license was some 7 years in arrears and the penalties involved in getting the license up to date made it even less of an attraction. A quick 'phone around by the Chairman to those who had expressed an interest in the auction of the car revealed that a lot of interest had fallen commensurate with the increased price expected by the seller. I had a second look at the car and decided I would buy it. After all, here was a car with none of those sissy sidescreens or poofdah soft tops No, my and my passengers only protection against the elements would be a pair of sunglasses, a beanie and a German military type jacket. Truly this was a genuine Double Rugged machine. My, and many others original impressions of the car was that it (a) needed to be acquired and (b) required a rebuild. Time to take it home and assess exactly what is required. Closer inspection of the car revealed that it had the TR4 spec engine and a Chicane overdrive gearbox. The next order of business was to give it a wash and polish to determine exactly what lay under 7 years of grime. I do not particularly believe in miracles but an hour later a miracle had happened. Standing in our driveway was a very pretty and pristine looking little motor car. Admittedly anything that was once chromed or pewtered was beyond redemption and the wheel rims were grotesque. Strangely the underpinnings (chassis, suspension etc) were in excellent nick--- see, oil leaks are not necessarily a bad thing. Immediately I said "forget a rebuild, let’s get it to run and do cosmetic work as we go along."
And after...

Having washed and polished the car, the next objective was to get it running. The "battery" was well past its sell by date and was the 1st thing to be replaced along with the corroded ignition system (points, plugs, coil condenser and H.T. leads). All fluids, or rather those that remained, were drained and replenished. The mechanical fuel pump was found to be wanting and was overhauled. Tappets and timing were reset - both being badly out of kilter.

It goes without saying that the braking system was thoroughly overhauled and all dodgy looking fuel / brake lines were replaced together with disc pads and brake linings. The badly corroded wheel rims were sand blasted and powder coated before being equipped with new tyres.

After all of the above had been attended to the engine was fired up -(two prods on the starter button and accelerator -) and settled itself into a steady rhythmic beat. On added bonus at this stage was the discovery that all electrics were in perfect working order - right down to the analogue clock on the dash board.

The very next day, exactly two weeks after purchase, the car underwent its baptism of fire with a club organised run of approximately 120km ( ±75 miles). The little car ran exceptionally well being exhilarating and rewarding to drive. However, 2 glitches spoilt the day - a slipping clutch and water spewing out of the header tank when driven for any extended period of time at a steady 80mph ( ±130 kph). On the positive side the Chicane gearbox with overdrive on 3rd and 4th gears resulted in effortless cruising capabilities, ( ±145kph @ 3,500RPM with plenty in reserve). A clutch overhaul on the Devin requires that the engine and gearbox be removed as a unit so it appeared to be an opportune time to do some cosmetic work on the engine block and ancillaries and have the radiator chemically cleaned and pressure tested. A new stainless steel exhaust system was also made up and fitted. The motor/gearbox and new clutch were reinstalled together with the radiator and have since proved to be free of faults. The only other event worthy of note was that on a run with some friends to an Italian farm restaurant in Stellenbosch, the last 3km of which are over a notoriously bumpy gravel road, we suffered the indignity of a minor fire from the gear shift console. The "live" supply to the overdrive switch on the gear lever having shorted out against the (earthed) gearbox. Damage was limited to a lack of overdrive until such time as the offending wire could replaced and re-routed.

Something that had been bothering me for some time and it finally came to a head. The windscreen surround spoilt the aesthetics of the car - giving it a top heavy appearance. To make matters worse the top section of the surround is exactly at eye level impairing forward vision to the extent that it was impossible to see other cars' tail lights unless you either crouched down in the seat or sat upright to peer over the top. Without further ado the angle grinder was brought out and the offending top most section of the surround was cut off. The result; safer, more comfortable driving and in my opinion, an aesthetically more pleasing balance to the car.

Thanks to a recent article of mine in the December issue of our national magazine, SABRINA, I have had some very informative feedback from people in the Triumph movement who knew some of the cars' history. For those who are interested the following specs apply:

Modifications involved:
(i) chassis shortened by an unknown amount and engine moved backwards by 105mm
(ii) Inlet manifold shortened to accommodate carbs and filters within body shell.
(iii) Oil filter on top of tappet cover blanked off and fitted on side of tappet cover.
(iv) Thermostat housing modified to clear bonnet.

The ongoing mods to the car over the years included:

Instruments: TR3 - except for addition of analogue clock.

If you want to know how much fun the Devin is, take the above specs into account and bear in mind that the Devin - fuelled up - weighs 840kg and transmits its excellent power/weight ratio to the road via skinny 155 x 15 tyres. Now that is fun!! 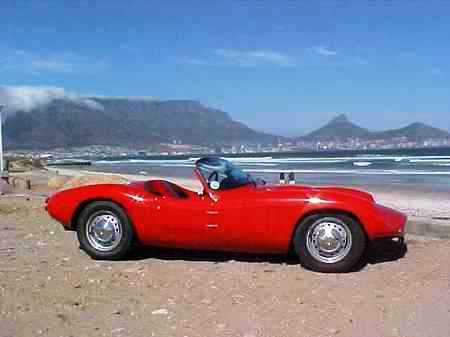 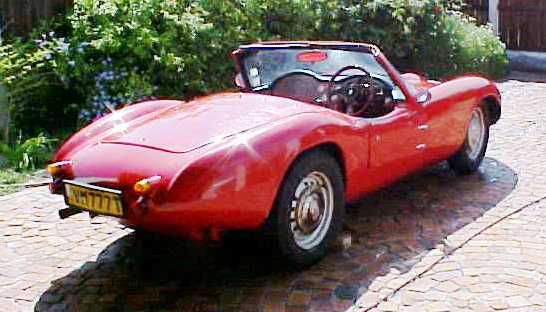 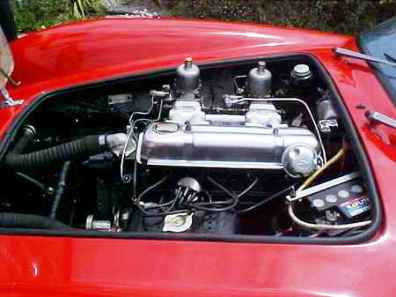 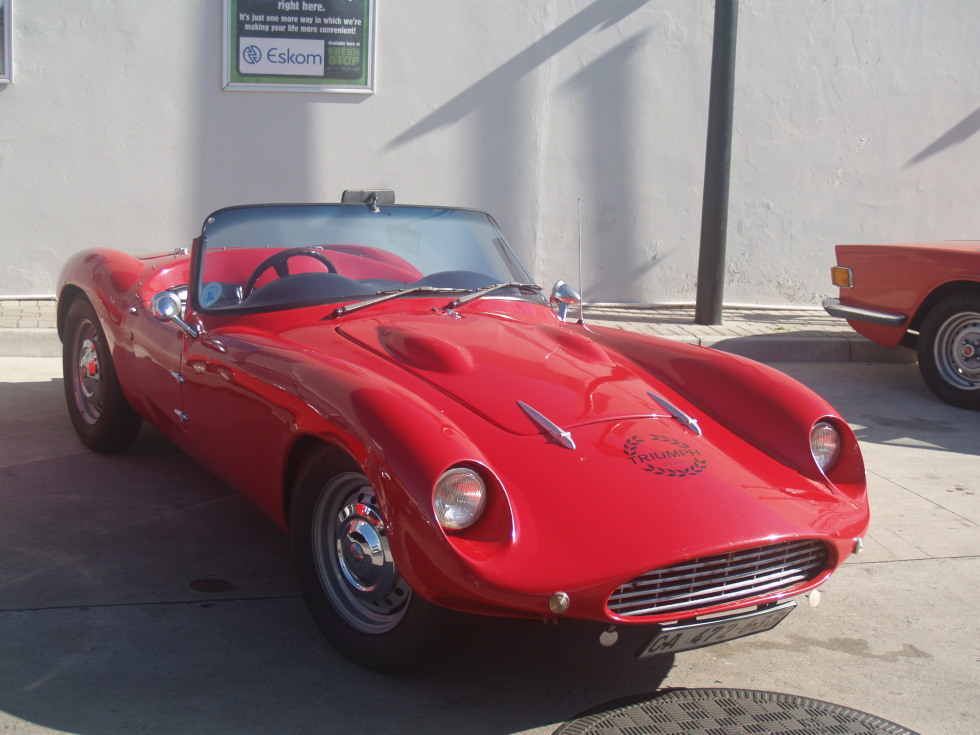