I grew up in the States and spent summers on one of the barrier islands on the Jersey Shore (off the coast of New Jersey – not the former tax haven near the UK) back then it was an idyllic small town with mom and pop businesses and kids that surfed were not working at their summer jobs. Of course you needed some “wheels” to transport your surfboard up and down the coast. Gas (petrol) was around $.30 a gallon and the mantra when it came to cars was “there is no substitute for cubic inches”. (Note: there are about 61 cu in. per litre)

The smallest engine Chevy offered in their passenger cars in the mid-50’s and 60s was a 230 cu (3.7 L.) straight six. My buddies and fellow surfers all had old ‘30s cars to transport our surfboards but even my old Ford 1930 model a coupe came stock with 200 cu in (3.27 L) four-cylinder engine. It’s probably good that we drove those old cars instead of the muscle cars that were making their appearance around 1964 because as normal red-blooded kids we were always looking for innovative ways to kill ourselves. For example,  one night a buddy of mine convinced his dad to lend him the family car. This was the Little GTO of the Beach boys song that went “three deuces and a four-speed and a 389”, which is another way of saying that the car had (3) two barrel carburettors, a four-speed Hurst shift on the floor (most cars of the day had a three speed shift on the column) and 389 cu in engine( 6.37 L). There is a reason you try to keep power like that away from teenage kids. We broke the speed limit by 100 mph that night. Okay, granted it was through a 25 mph zone in the dead of night when no one around but 126 mph (210 kph) through the middle of a small town still gets your attention.

One year one of our surfing buddies showed up with a car that was neither an old Model A  type nor a hotrod. His dad had gotten him a brand-new Triumph TR4A to take to university in the fall. We used my car to carry the surfboards during the day and used the TR4A to cruise with at night, which helped me out since I was always getting traffic tickets in the Model A for a headlight or tail light out. That TR4A was an anomaly to us; not an antique and not muscle, but such a pleasant little cruiser. It had good handling and a tighter turning radius than anything that we were used to and the acceleration wasn’t anything you had to be ashamed of. The clean crisp lines of its Michelotti designed body appealed greatly to me.

Decades later an article appeared in June ‘88 edition of Special Interest Autos magazine reviewing a 1967 Triumph TR4 A which renewed my interest in getting a TR4 or 4A,  especially now that I was spending time on the Cape peninsula- what better way to cruise these coastal/mountain roads. So, when BRG TR4 passed in front of me while stopped at a light on the bottom of Ou Kaapse Weg one day I had to follow it and talk to the young German driver who had just acquired it, planning to resell it overseas. I talked him into selling it to me instead. The TR4 has paid me back years ago in the pleasure it’s given just cruising the spectacular peninsula. They say that one of the ways you can tell if you’ve made the right choice in your car, boat or motorcycle is if when you walk away you can’t help but turn around for another look. My TR4 isn’t perfect – but it gets that look. 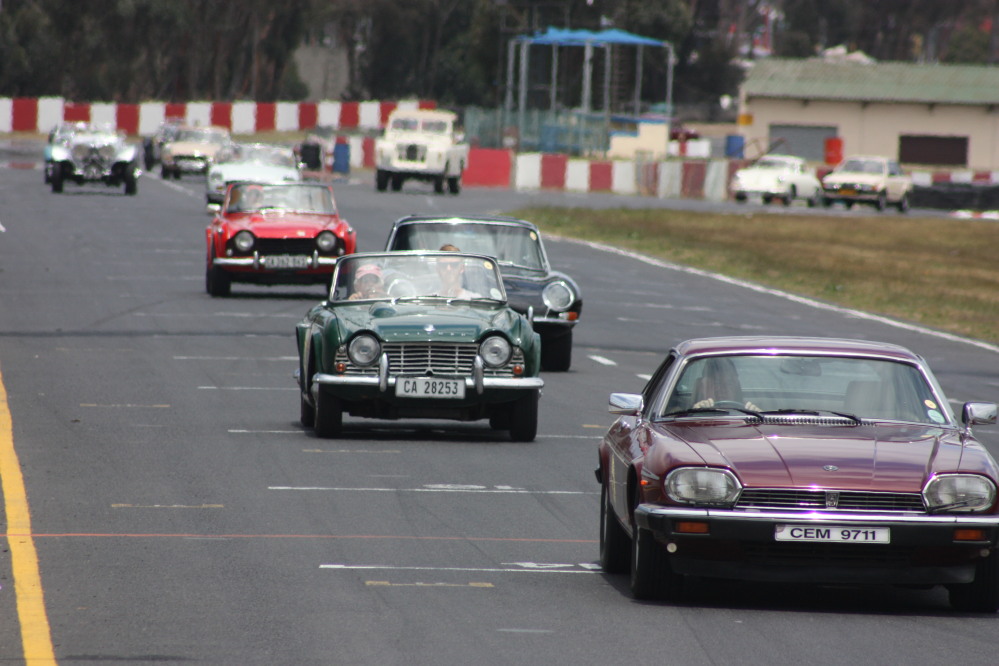 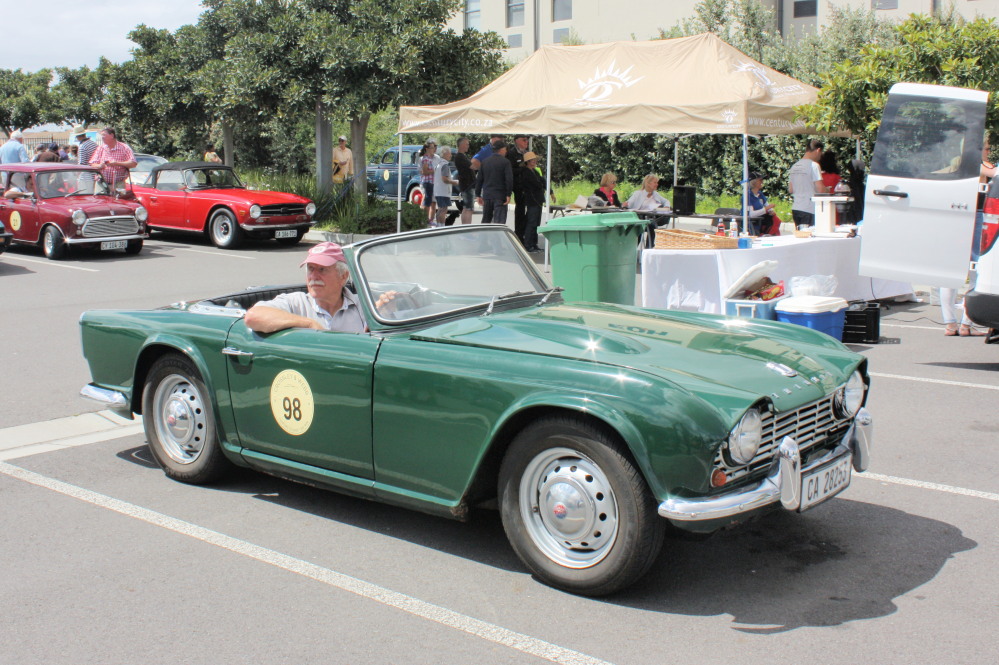