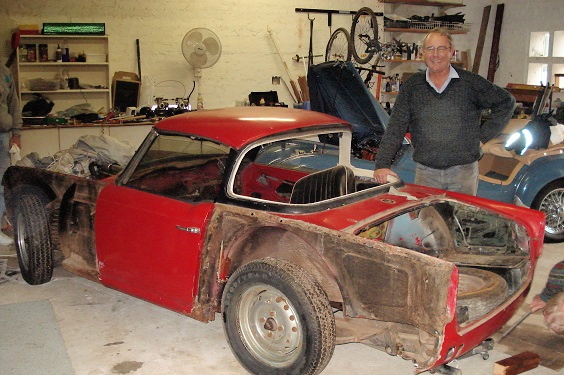 Although I was fortunate to own a lovely TR6 and had rebuilt a TR3 from parts and done the same with a Spitfire, somehow my most favourite TR shape was the series designed by Giovani Michelotti. Whether it was remembering seeing the bodies being transported to Coventry as a youngster or just the Italian flair of the design, these to me seemed to have everything in no trumps. I specifically wanted a TR4 as being similar to a side screen, but  with wind up windows but I liked the relative simplicity of the design compared to later cars, in particular carburettors compared to fuel injection!

Thanks to the help of the late Peter du Sautoy, a late series TR4 was found in a garage in Simonstown. It was in a very tatty condition with lots of parts just loaded into the cockpit but it appeared to be reasonably intact and had an overdrive and surrey top. The car had originally been shipped to Rhodesia via Beira before making its way to Cape Town via Botswana as a kit of parts.

The car was stripped down to a bare chassis, the wings, both front and back, had been very badly repaired with the shape at the top of the back fenders having been created in filler over wire mesh! These had to be cut off and after supports had been welded across the door openings, the body was removed from the chassis. There was a lot of rust, particularly in the footwells but fortunately these panels came with the car but items such as sills had to be obtained. I was able to find a guy who was very good at panel repairs and welding, and he did a good job of resurrecting panels that were very difficult to get replacements for and we were able to sort out most of the body parts and get the car in square. The major downside was he was good at removing tools as well as I found out later!

At this point a major house move from Somerset West to Hermanus was under way so the order of assembly was changed to accommodate this. The idea was to have the engine and gearbox finished and a full rolling chassis could be trailered over leaving the body at the spray painters to come over at a later date. The engine was stripped down to the bare block, cleaned and then assembly started. I had the crank and pistons balanced along with the flywheel but no lightening as I wanted a tractable road car. Pistons and liners were standard 87mm Bepco products, with the bottom ring left off, as were the bearing shells all round. After talking to Alan Grant about the merits or otherwise of the rear oil seal conversion, I left mine as original but had a mandrel made up to ensure perfect centring of the original seal. After taking my TR3 engine out numerous times due to a faulty oil seal carrier I had decided a small amount of leakage was acceptable! What I did was to get a better oil pump and have a thermostatically controlled oil cooler fitted as part of a spin on oil filter conversion. I also changed to an electrical fan together with an alternator conversion, this arrangement seems to work better in modern traffic. I also put a new wiring loom in place with better fusing than the original box. This covers the electric fan as well as upgraded headlamps as it certainly makes a difference in the dark.

At the same time an anti- roll bar was fitted to the front suspension along with uprated suspension parts. The bar was attached to a plate which protects the radiator and engine should I ever choose to go bundu bashing. On later cars there is a ready- made bracket for the bar. I upgraded the braking with a factory equivalent brake booster, as the TR3 seemed to take forever to stop! The steering rack was replaced with a high performance unit and then 6J Minilite wheels also fitted, I had wanted 51/2J wheels but these were not available, maybe with the advantages of hindsight I should have gone for 5J instead.

Once the house move had been completed, the finished body was brought across to Hermanus and re united with the car. The colour chosen was Wedgewood blue rather than the original red as it seemed a colour that somehow suited the car shape so well and I have something against restored cars being painted red or green! The whole unit was then sent along to the local car trimmers who made a lovely job of the original seats in grey with grey carpets, all in all the effect is great. The seals on the TR4 are different from those on later cars as they are 2 piece as opposed to 1 furfurlex as fitted to later cars, do not waste your time with the Moss seals but go directly to the Roadster Factory one as they are so much better made and the right size!

The last and most frustrating job was getting the car registered. Several articles have been written in the club newsletter about the joys of this process but eventually I found an old fashioned SAP officer who knew his job and sorted out my problems very quickly!

The car has been a joy to drive and really fills my mandate of a classic car that fits in with modern motoring. It certainly has been a head turner! 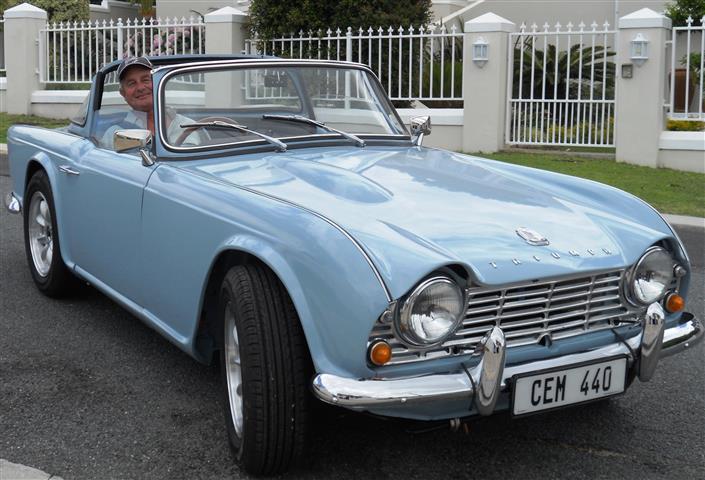 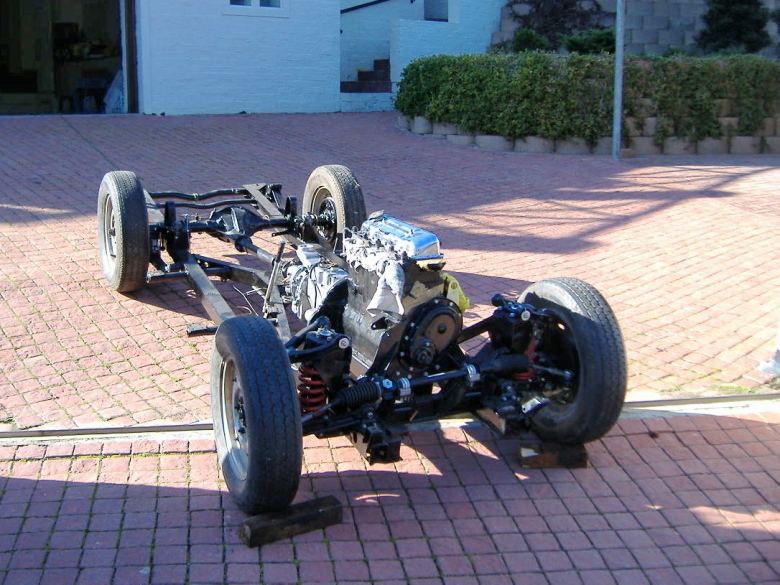 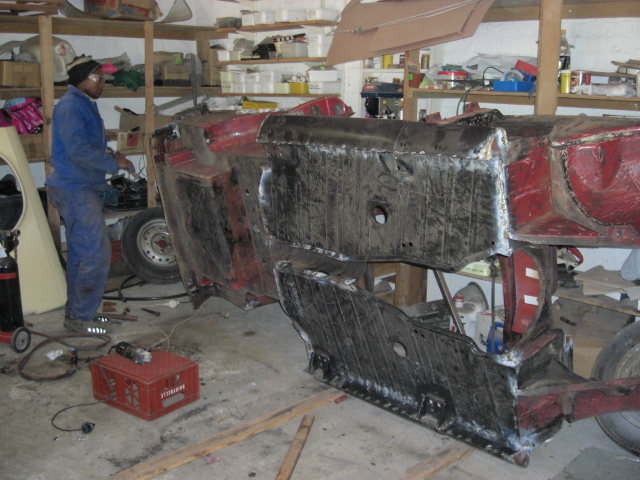 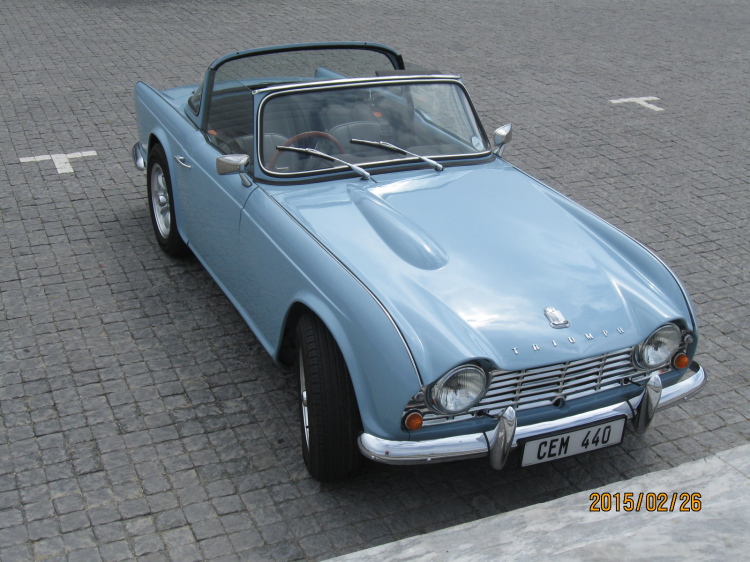